I quantify, therefore I am?

Calorie-counting, pulse-checking, analyzing sleeping patterns – with a smartphone and the right gadgets, we can trace out body’s functions 24/7. We can chart them, evaluate them and finally utilize them in order to optimize ourselves through this stored data. In a new research project at the Department of North American Studies of the University of Mannheim, the trend of self-optimization and its representation in literature and film is currently being examined.

Self-tracking sounds new and American. In fact, the quantification movement  did actually start in the US and it has lately found its way to Germany – along with an entire spectrum of smartwatches, calorie-trackers and step-counting apps. The phenomenon of self-observation itself, however, is not new. “Self-quantification first appears in the literature of the 18th century. In Benjamin Franklin’s diary, for example, detailed lists of guidelines he wanted to follow can be found,” says Prof. Dr. Ulfried Reichardt, Chair of the Department of North American Studies and leader of the research project. “This phenomenon has long been a part of American culture. What has changed is how people use it – most importantly through the rise of smartphones and social media.” 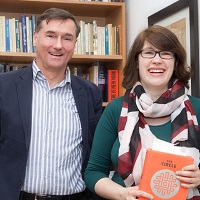 The German Research Foundation is supporting the project Probing the Limits of the Quantified Self with €170,000. Dr. Regina Schober, a literary scholar from Mannheim is analyzing how contemporary American literature and film deal with self-tracking. In these texts, the main focus is on topics such as data abuse and surveillance. They tell stories of protagonists who lose their autonomy and privacy through voluntary self-control. “In the past, the rational confrontation with the self was depicted as positive. Contemporary literature, however, is very critical towards self-quantification. Today’s technological opportunities are put in an experimental field where all their negative consequences are thought through to the end. In addition, our value system is being questioned as it forces us to continuously improve ourselves,” says Regina Schober.

In contrast to the smartphone, which can only provide numbers and algorithms, literature affords us insights into an individual’s thoughts and feelings. “Texts hint at the proper ethical and moral handling of self-quantification – something that a purely scientific or technological approach cannot deliver,” Regina Schober explains. “Our goal is to make a diagnosis of the cultural debates that have led to this self-tracking phenomenon. We want to look at how a culture – and in this case the American culture – deals with it.” The project is planned for the next three years. 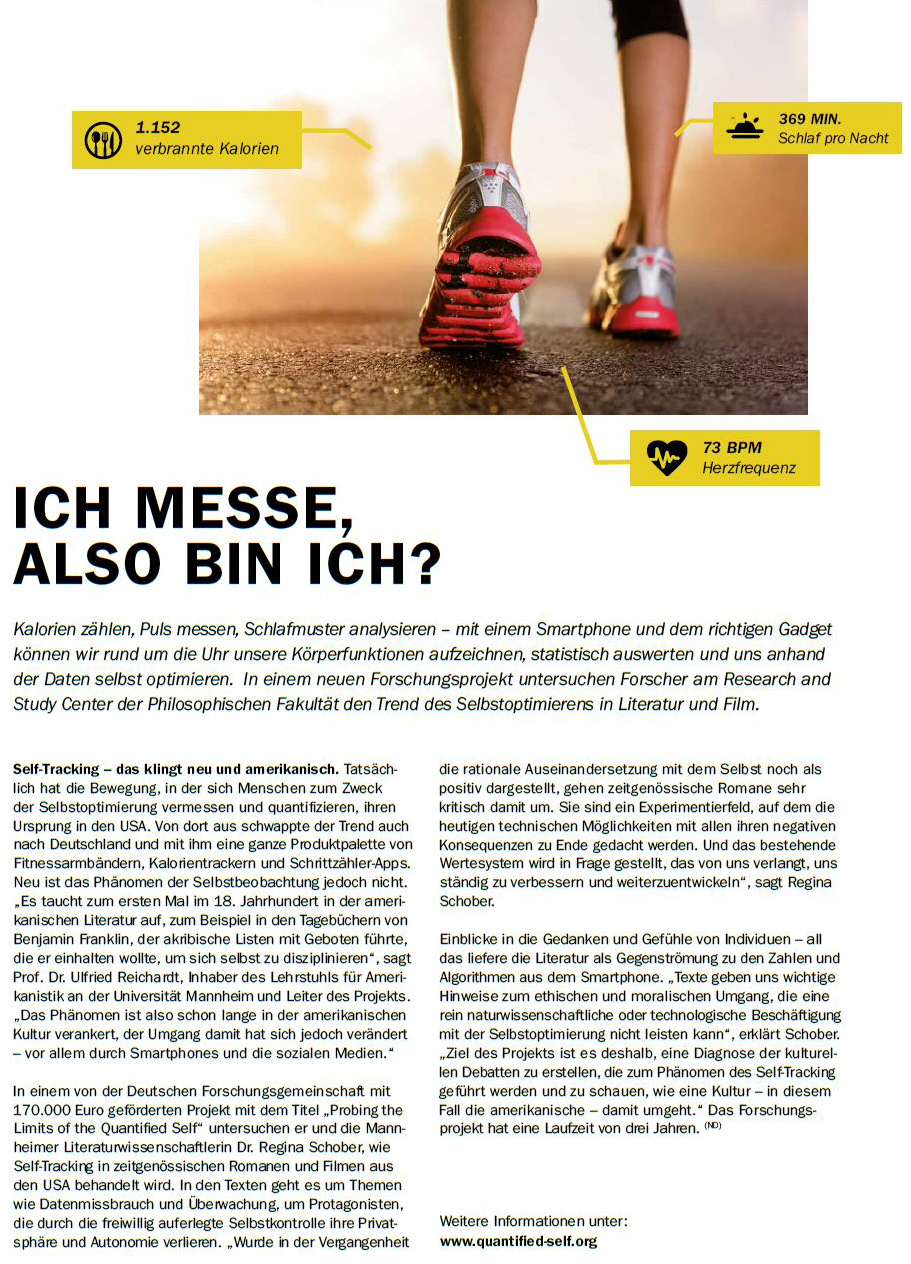